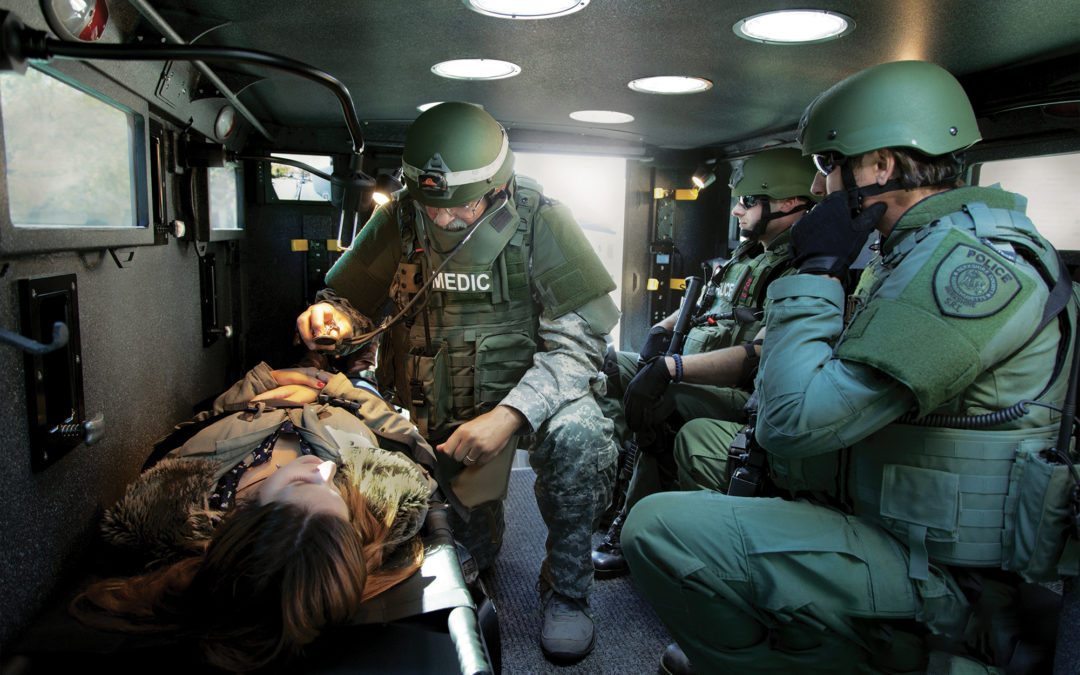 Bossier City Fire Chief Brad Zagone hopes there’s never a time where his department would have to respond to an active shooter situation in Bossier City.

But in light of the Las Vegas mass shooting on Oct. 1 that resulted in the deaths of 59 people, as well as other similar events, Zagone believes his department needs a specialized vehicle to respond if such a tragedy were to ever occur here.

On Tuesday, Zagone explained a proposed ordinance to the Bossier City Council that would allow the fire department to use up to $375,000 to purchase a BearCat MedEvac from Lenco Armored Vehicles.

“Through the last three or four years, we’ve been doing a lot of training on active shooters, and I hate to say it, but it’s kind of what we’ve been seeing around the country,” Zagone said. “A lot of victims, when we look at these studies, die from a non-fatal gunshot wound, and we want to be able to get to the victims fast.”

Zagone said the MedEvac would allow the fire department to start retrieving victims as police work the scene and continue to deal with the ongoing emergency.

“This will allow us during that period of (police) vetting the stories of multiple shooters or IEDs or suspicious packages, or whatever, that we can go in and be taking care of victims,” Zagone said. “We would use this to go in, get a victim, go back to the staging area where we set up triage with our other ambulances.”

Lenny Light, vice president and general manager of Lenco Armored Vehicles, said the fire department is looking to purchase the law enforcement version of the MedEvac, also known as the MedCat.

Lenco has been manufacturing the MedCat for several years, starting with requests from the Los Angeles Police Department and Los Angeles Sheriff’s Office about 10 years ago, he said.

“Over that time, the response and rescue community nationwide has developed a lot of overlapping training and equipment requirements,” Light said. “What that means is law enforcement, EMS and fire personnel are creating joint response plans for a wide variety of potential events.”

A quote provided to the city by Lenco estimates the cost of the vehicle to total around $345,000.

The city council unanimously approved the introduction of the ordinance and will vote for adoption on Nov. 7.

“Hopefully we never have to use any of this equipment, but looking around, it’s not so unbelievable that something like this could happen,” Zagone said. “We want to be prepared as best we can.”