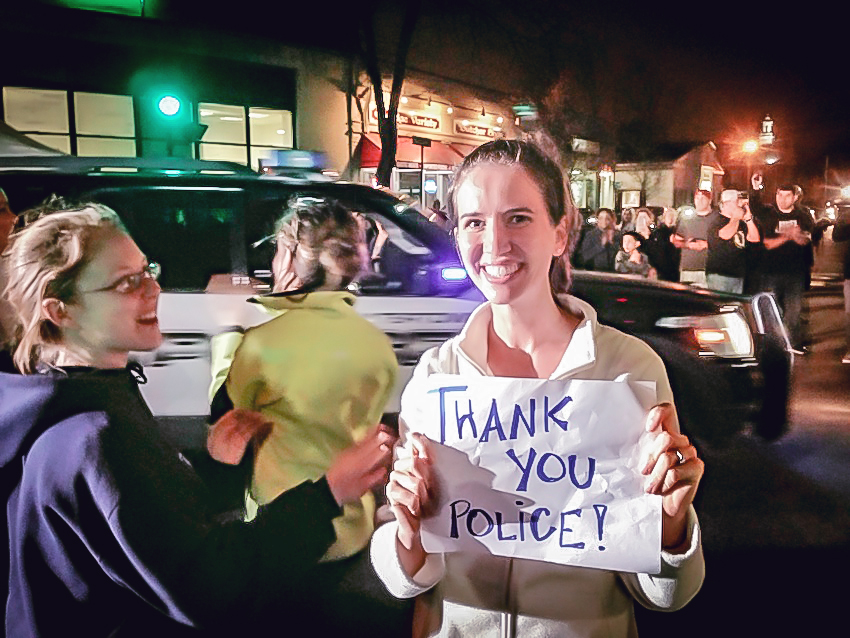 As a committed supporter of law enforcement, Lenco Armored Vehicles recognizes the sacrifice of our nation’s fallen officers during National Police Week, which will be observed this year from May 11 through May 17, 2022.

During this time, the National Law Enforcement Memorial and Museum in Washington, D.C. will hold several events, including its 34th Annual Candlelight Vigil.

The yearly observance serves as an opportunity to remember all our nation’s officers who have died in the line of duty, and to specifically honor those who died during the previous year—which for 2021, is a record high of 458 federal, state, county, municipal, military, campus, tribal, and territorial officers.

According to this preliminary data from the National Law Enforcement Officers Memorial Fund (NLEOMF), the leading authority on officer fatalities, police officer deaths increased 55 percent in 2021 over 2020.

“This time of year always reminds us of the sacrifice of law enforcement and the importance of our mission to honor the fallen, tell the story of American law enforcement, and make it safer for those who serve,” said NLEOMF CEO Marcia Ferranto. “The year 2021 will go down as the year of the most line-of-duty fatalities since 1930 due to the Covid-19 pandemic and increases in traffic fatalities and firearms ambushes.”

This year’s Police Week is returning to its traditional May observance after a pandemic postponement in 2021 delayed last year’s in-person events in Washington, D.C. until October. The event first began in 1962, when President Kennedy proclaimed May 15 as National Peace Officers Memorial Day, and the calendar week in which that date occurs, as National Police Week.

There are currently 22,611 names of officers killed in the line of duty inscribed on the National Law Enforcement Officers Memorial, according to the NLEOMF, dating back to the first known officer death in 1786.

Those unable to attend this year’s Candlelight Vigil in person may view it online on May 13, 2022 at 8 p.m. ET. To learn more about National Police Week and its full schedule of events, see the NLEOMF’s Police Week page.

Since its founding in 1981, Lenco Armored Vehicles has been the most trusted manufacturer of tactical armored security vehicles by law enforcement, fire and rescue and government entities worldwide. The privately held, family-owned and -operated company revolutionized tactical response with the advent of the BEAR® and BearCat®, and since, has designed and fabricated more than 6,000 armored vehicles in service by more than 800 state and federal agencies in all 50 states. Lenco prides itself on protecting defenders around the world and serving as the standard in the industry. For more information about Lenco Armored Vehicles, visit https://www.lencoarmor.com/.