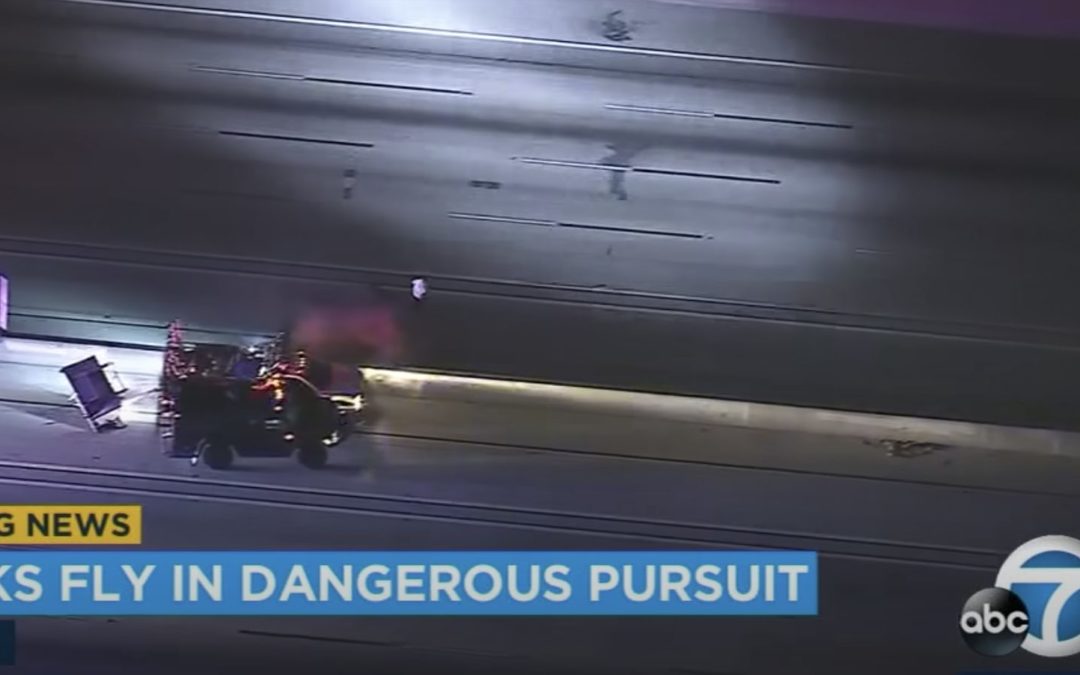 POMONA, Calif. — An armed suspect who stole a road construction truck and led police on a pursuit Tuesday night ended after officers used a BearCat to ram the vehicle to a stop.

The truck, which sent up sparks from a freeway sign in the back throughout the pursuit, was carjacked by a suspect who held the driver at gunpoint, ABC7.com reported. Prior to the carjacking, police were pursuing the suspect in a Jeep, which had also been reported stolen.