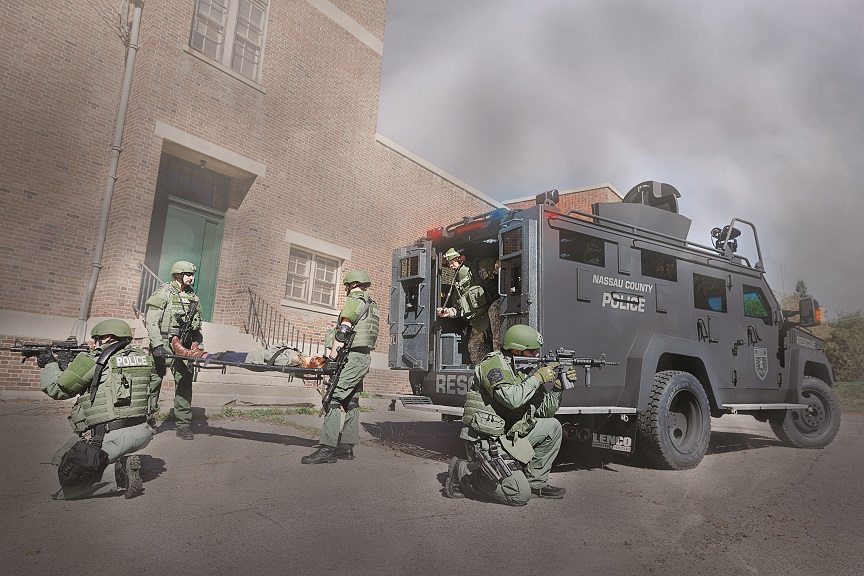 SPRINGFIELD — A 65-year-old man who set fire to his home early Wednesday morning laid in wait to ambush arriving firefighters, firing repeatedly at emergency responders before killing himself with a shotgun.

With firefighters forced to retreat from the gunfire, the flames spread, destroying three homes, badly burning a fourth home and causing smoke damage to a fifth house in the 500 block of Oakdale Avenue. The gunman, who had moved his car into the driveway of a sixth, vacant house down the block, then fired on police from behind the vehicle before killing himself, police said.

Cindy Watson, who lived across the street from Jacobs, said she heard a big boom early Wednesday morning and went to check on it.

Watson said she went back into her house when she heard gunshots.

The incident began about 4 a.m. Wednesday, according to Springfield police Lt. Scott McKee. Within minutes of the fire call, Eugene Springfield Fire personnel arrived at the scene of the house fire, which was between Gateway Street and Game Farm Road about 200 feet from Fire Station 5.

“They started setting up their apparatus, charging fire hoses, getting ready to fight the fire, and at that point it was a fully involved structure fire in this densely populated residential area,” McKee said. But before they could start fighting the blaze, a man began shooting, striking the windshield of the fire truck several times

The firefighters took cover and reported to police that they were being ambushed. Springfield police officers also were met with gunfire from a shooter “wandering around in the shadows” next to the burning house, McKee said.

Officers also were forced to take cover, McKee said, costing precious time in which the fire spread to other homes.

One officer crouched behind a silver SUV parked in Watson’s driveway, where he was pinned down. Watson said the gunfire broke her vehicle’s back passenger window in two places, and her neighbor’s garage door had several dents caused by the shooting.

Police then moved toward where the shooter was last seen.

“They heard a single gunshot in the front yard of a house to the west and then they encountered (the alleged gunman) on the ground, deceased, apparently the victim of a self-inflicted gunshot wound,” McKee said.

Police believe the man primarily used a shotgun in the shooting but also had a handgun. He appeared to have died of a shotgun blast.

After the man was found dead, police officers picked up fire hoses and fought the fire until firefighters could redeploy, McKee said. However, the burning homes could not be saved.

Residents of the burning homes were all believed to have evacuated, and no one else was hurt, McKee said.

American Red Cross officials said in a press release Wednesday that six people and one pet were affected by the fire.

“It could have been a heck of a lot worse,” McKee said.

Police believe Jacobs intentionally started the fire in his home — which was one side of a tandem house — to draw emergency responders into an ambush, McKee said. Eugene Springfield Fire Chief Joe Zaludek said Wednesday afternoon that he didn’t know whether Jacobs called in the fire himself or waited for neighbors to report it.

The fire also destroyed the home adjoining Jacobs’ and a detached house immediately east of it. The house two doors east of Jacobs’ home also was severely damaged.

Watson said she knew Jacobs as a quiet but kind man who lived alone. She’d occasionally gave him rides to doctor’s appointments, she said. “It just doesn’t make sense, that this is the kind of guy …,” Watson said, trailing off.

In a social media post made at 2:27 a.m. Wednesday, a message on Jacobs’ Facebook page discusses recent health struggles and longstanding “emotional trauma.”

At sunrise Wednesday, smoke was still visible rising from at least one of the homes.

Samantha Smith, another neighbor who lives across the street from the homes that burned, said the shooting woke her and her 17-year-old daughter. “I just came out here and saw all the fire trucks and all the damage he left behind,” she said, adding that police used her backyard to get a clear sight on the shooter.

Smith’s husband, Christopher Smith, was at work at PeaceHealth Sacred Heart Medical Center at RiverBend and came home at 7 a.m. to find his street closed off and a heavy police presence.

The Smiths say the older couple who live on the other side of the destroyed tandem house collected antiques.

“They got out with just a suitcase and their car,” Christopher Smith said. “They lost all of their antiques. … They’re all gone.”

“It just makes me want to cry with all the devastation left behind,” Samantha Smith said. “We have a very nice, I guess we had a very nice, quiet neighborhood.”

“This is unreal,” Smith said. “This happens in other places, but not in little Springfield.”

Zaludek said he was grateful that none of the firefighters was injured.

“They were very courageous in responding and then appropriately acting, with each other’s safety in mind,” Zaludek said. “This is just a testament that with the size of our community growing, we now have to face not only driving to the scene as a hazard, bloodborne pathogens as a hazard, we have carcinogens and cancer as a part of the hazard, but now we have threats of violence as part of the hazard.

“We’ll be looking at this very carefully, we’ll be meeting with our safety committees and with our respective work groups to make sure we have everything that we can to make sure they have the safest work environment,” Zaludek added. “And again we’re just thankful for their safety today.”