County sheriff’s office to get armored rescue vehicle for $311,826 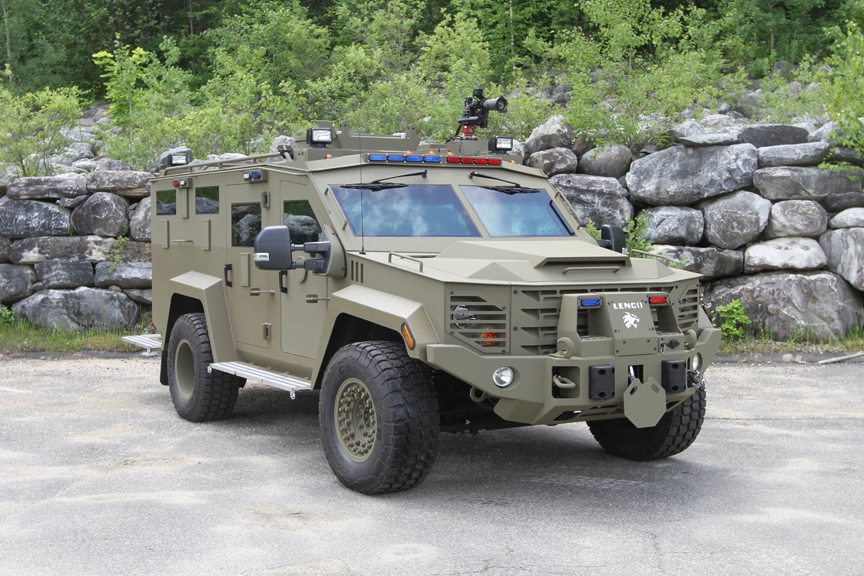 Almost immediately after fugitive Orlando Collins shot and wounded three federal agents in April 2016 at a south Topeka motel, the armored rescue vehicle used by Topeka police and the Shawnee County Sheriff’s office was put in place at the scene, Shawnee County commissioners were told Monday.

Still, authorities lacked a second armored vehicle, which could have been used to immediately rescue people from elsewhere at the motel, said sheriff’s Cpl. Steve Evans. Collins subsequently shot himself to death there.

Evans spoke in response to Commissioner Bob Archer’s request that sheriff’s officials appearing at Monday’s commission meeting cite examples of situations in which a second armored vehicle was needed.

Commissioners Archer, Kevin Cook and Shelly Buhler subsequently voted 3-0 to authorize the sheriff’s office to buy a Bearcat G3 armored rescue vehicle from LENCO Industries Inc. at a cost of $311,826, including $211,826 in federal forfeiture money and $100,000 in capital outlay funding, which the commission approved last December to be used to buy such a vehicle.

“I think having this as a resource for the sheriff’s department is very important,” Buhler said.

LENCO submitted the highest bid the county received. The others — submitted by The Armored Group LLC and International Armored Group US Inc. — would have brought total costs of $296,470 and $257,050, respectively.

But IAG failed to meet several key bid requirements while LENCO provided the “best and most reasonable bid” of the other two, Sheriff Herman Jones told commissioners in a recent memorandum.

He said the Bearcat’s chassis, munitions injector system, side slope performance and insurance coverage arrangements are better than those of the vehicle offered by The Armored Group.

The Bearcat holds as many as 18 to 25 people in back, and can be used for circumstances that include hostage situations, floods, tornadoes and school evacuations, Simecka said.

He added that the Bearcat is capable of going off-road, while the rescue vehicle now used jointly by the sheriff’s office and Topeka police does not.

• Voted 3-0 to enter into a contract with Thomas McGee LC arranging for it to continue to provide workers compensation claims administration services to Shawnee County from Aug. 1, 2018, through July 31, 2019, while receiving a 2.3 percent increase in the fees it is paid.

• Voted 3-0 to defer action until their July 30 meeting on whether to vacate a plat filed in 2003, which would have enabled the 25-lot Bender Subdivision to be developed on 134 acres at the southwest corner of S.E. 37th and Woodring Road while restoring that property to agricultural use. Cook said he wanted to make sure the owner, who didn’t attend Monday’s meeting, fully understood the implications of that move.