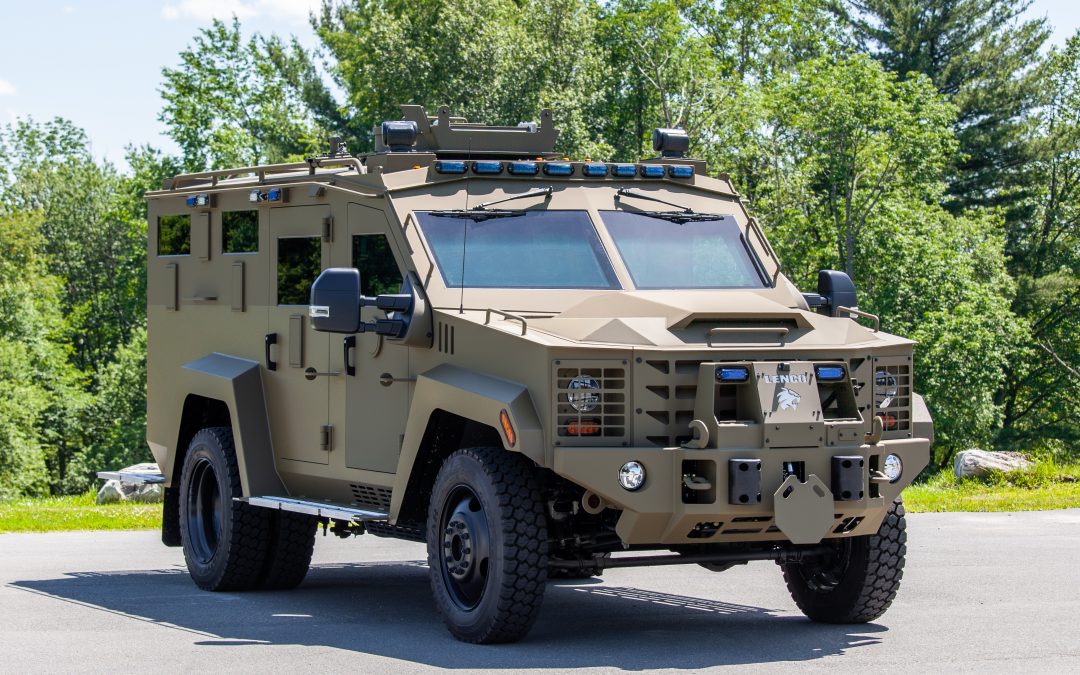 The Sheriff of Florence County, South Carolina is crediting their newly purchased BearCat® with saving his life, the lives of his officers and nearby civilians during a recent standoff. Arriving just two weeks prior to the incident, the BearCat defeated gunfire that struck the vehicle just inches from Sheriff T.J Joye’s head.

On February 17, Sheriff Joye and 10 other officers responded to a home in Coward, S.C. after 9-1-1 calls reported a suspect was threatening to set fire to a residence and outside firing a gun. Upon arriving on scene, the suspect fired at least two rifle rounds at them, striking the BearCat in a rear window and door, inches from where the Sherriff was sitting.

“The actual round, the first round that was fired, hit where I was seated,” Joye said when explaining to local media how the BearCat helped protect him as well as civilians nearby. “The suspect fired a weapon in the yard, and we put it in between the church and the suspect’s house… So, I know for a fact this BearCat saves lives. It saved the lives of many people in that church.”

Both bullets were defeated, with deputies safely shielded inside the vehicle. After the standoff, the suspect again opened fire on officers before being taken into custody. No officers or civilians were injured during the incident.

“It’s a great comfort to know you can be mobile and move into a situation, hostage situation, like that with this vehicle,” added Joye.

Arrived in the Nick of Time

Although the purchase of the BearCat was approved in November, the order was not put in until an eye-opening incident in January.

“We had a shooting on January 7th we were involved in. When I arrived on scene, we had all trucks there. Nothing that would ballistically hold any type of round… And I chose to go this route. Prayed about it, I didn’t sleep much afterward. But this is something that I knew we needed. And thank God we got it,” Joye said.

He furthered, “It’s a great tool for us to have and it protects the men and women of the sheriff’s office as well as the citizens of Florence County. The training is there, but if you don’t have anything to get you to that point and protect you, you’re fighting a losing battle. They did a great job last week, and I’m proud of them, but the main thing is we all went home.”

We are thankful all the members of the Florence County Sheriff’s Department walked away from this incident unharmed and applaud them for their heroic efforts during this incident and every day.

To learn more about the BearCat used in the Florence response, or if you have questions about our New and Used Inventory, we welcome you to call or email us.