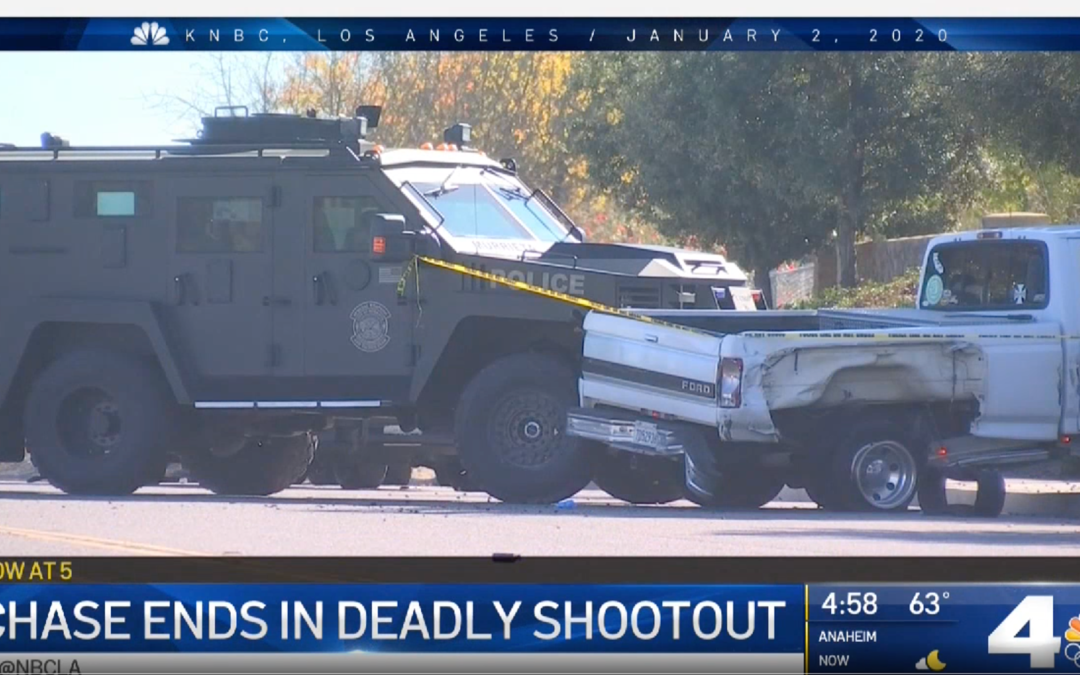 A man who led Riverside County sheriff’s deputies on a 10-mile chase Thursday in which he allegedly opened fire and struck law enforcement vehicles, was fatally shot by deputies after being forcibly stopped in Murrieta.

The deputy-involved shooting happened about 9:50 a.m. in the 23000 block of Jefferson Avenue, according to a sheriff’s statement.

Deputies were involved in a shooting in the 23000blk of Jefferson in Murrieta following a pursuit that started in French Valley. The suspect is deceased, no deputies or community members were injured. More details to follow.

Investigators said that shortly before 9 a.m., witnesses called 911 saying the possibly intoxicated suspect, whose identity was not immediately disclosed, was brandishing a handgun in the 31000 block of Borega Road in French Valley.

When patrol deputies attempted to contact the man, he allegedly fled in a pickup and refused to pull over despite repeated commands to stop, according to the sheriff’s department.

“At one point during the pursuit, deputies saw the suspect with the

gun,’’ according to the statement. When the man crossed into the city of Murrieta, police officers there joined the pursuit, deploying a bearcat armored vehicle to stop the suspect.

Sheriff’s officials said that the bearcat rammed the man’s pickup, bringing the chase to an immediate halt.

“The suspect fired at deputies, striking several police vehicles,’’ according to the sheriff’s statement. “A deputy-involved shooting occurred, and the suspect was struck. The suspect died at the scene.’’

No deputies or police officers were injured, nor were any civilians.

Jefferson was shut down in both directions while a joint investigation

was conducted by Murrieta police and the sheriff’s department.

Murrieta is about 70 miles southeast of Los Angeles.