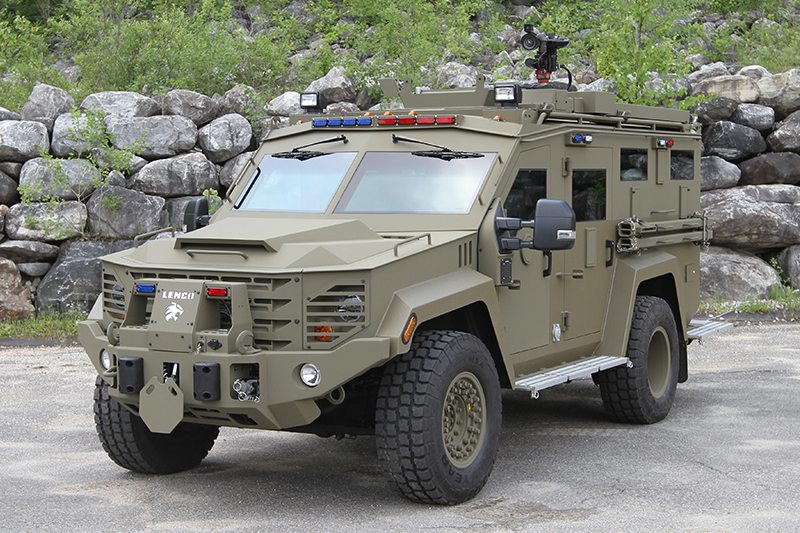 The city will spend about $305,000 for a new BearCat armored vehicle for the Spokane Police Department.

One member of City Council said the money should instead be used on new patrol cars.

The police department already shares one armored vehicle with the Spokane County Sheriff’s Office. The armored vehicles are used by SWAT teams in hostage situations, when suspects barricade themselves in a building and in other high-risk situations.

Spokane Police Sgt. Brent Austin, who manages the budget for the department’s SWAT team, said police haven’t had access to the shared BearCat several times over the past year because the Sheriff’s Office was using it.

The new BearCat, which the City Council approved Monday in a 5-2 vote, will cost about the equivalent of six new patrol cars.

City Councilman Breean Beggs, who voted against the purchase along with Councilwoman Kate Burke, said he does not have an issue with the city using armored vehicles when they are necessary, but said police should invest in vehicles they use every day.

He said the city already can use one BearCat when necessary and that $305,000 is a significant amount of money to put toward one vehicle when the department regularly needs new patrol cars.

Councilwoman Lori Kinnear, who chairs the public safety committee, said she supported the purchase because she believes it improves officer safety. She said she was concerned some may see the purchase as the police becoming more militarized, but noted the armored vehicles are to be used for defensive purposes only and aren’t equipped with weapons.

Police spokesman John O’Brien said an additional armored vehicle could help officers get close enough to negotiate high-risk situations peacefully or rescue vulnerable people who may be trapped. He said the shared BearCat was used Friday when a man wearing a ballistic vest broke into a West Central home while a woman and children were inside.

Police arrested Nathan K. Berggren on suspicion of burglary. Negotiators, who were inside the BearCat, talked to Berggren while police officers rescued a 4-year-old child from upstairs.

Austin said the new BearCat will replace an armored vehicle the department obtained through a military surplus program in 2000. He said the vehicle was about 20 years old when the department bought it, and then had to replace the engine. He said it has not been used in a year because of continuous, mechanical issues.

The Sheriff’s Office, which co-owns the BearCat used by the Spokane Police Department, also has a larger armored vehicle that is used by its SWAT team.

The Sheriff’s Office uses its two armored vehicles for bomb squad situations to bring deputies closer to the scene safely and when people barricade themselves inside a building with weapons or if hostages are involved, spokesman Mark Gregory said.

Lenco, the company that manufactures the BearCat, builds most of its products to order. The company offers fire, Border Patrol and other custom models for different branches of law enforcement or public safety. Delivery of Spokane’s new BearCat is a few months away, Austin said.