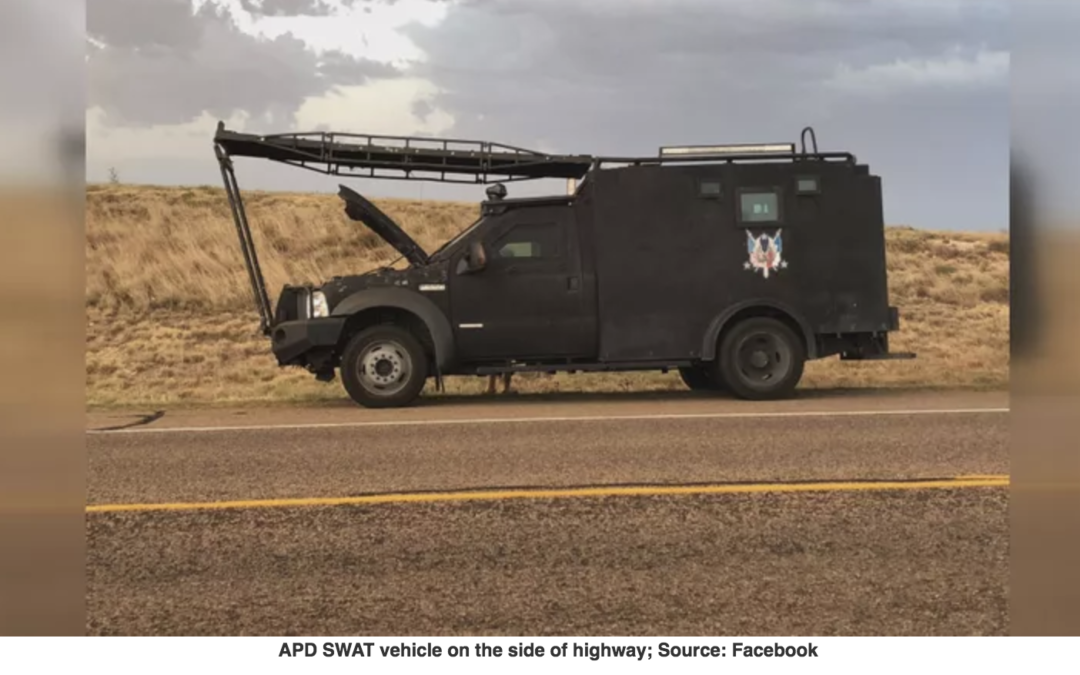 AMARILLO, TX (KFDA) – The Amarillo Police Department is facing the fear of a dangerous situation going wrong due to the decaying state of their SWAT vehicle.  Every person hopes their car will start when needed. For the APD SWAT team, they hope their armored car starts when the public needs it. When the vehicle is in constant need of repairs, it makes APD not able to rely on it. “We have to plan that we know this won’t make it through a lot of obstacles, it won’t make it over obstacles,” said Amarillo Police Corporal Chris Holcomb.

An unreliable vehicle forces APD to change how they respond to situations. “We have had the vehicle break down on some calls, in route to some calls, or after they were done,” said Amarillo Police Corporal Toby Hudson. “It does change the game plan a little bit. [It] sends us back to hiding behind trees, or dumpsters or civilian’s cars.” Most recently, the air conditioner broke, adding to the list of problems. “Not only are we having the electrical problems, but we also have structural problems, hinge problems with the doors, we have suspension and transmission troubles,” said Cpl. Holcomb. Holcomb found that when the mechanic uncovered the air conditioning issue, it shed light on additional problems.  “In fixing that they also revealed the shorting in the wiring that was causing the other problems,” said Cpl. Holcomb. “Eventually [it] caused a main computer failure, which eventually burned out while we were trying to drive it back to our storage facility. The entire car is [now] completely dead.”

Funding for a new SWAT vehicle comes from the city. Luckily, the 100 Club of the Texas Panhandle is fundraising for them. If you would like to donate, visit their website, or Facebook page and find the donate button. If you own a business, you can also contact Suzanne Talley at (806) 676-2180 to create a fundraiser.

The current APD SWAT vehicle was built on a 2005 Ford F-550, a vehicle that was not designed for this type of job.  Holcomb says that’s why the APD needs one specifically built for dangerous situations. “The ones that are purpose built for, from the ground up, are more apt to perform correctly,” said Cpl. Holcomb. Cpl. Hudson says a new vehicle would increase efficiency at dangerous situations and offer an extra level of safety for officers.

“A newer version of an armored rescue vehicle like a Lenco Bear cat, has a whole lot of features this one doesn’t have,” said Cpl. Hudson. “We have to do all that by hand with one. It exposes officers and make it a lot more dangerous.” A brand new Lenco Bearcat that meets all of APD’s needs would cost $365,000.