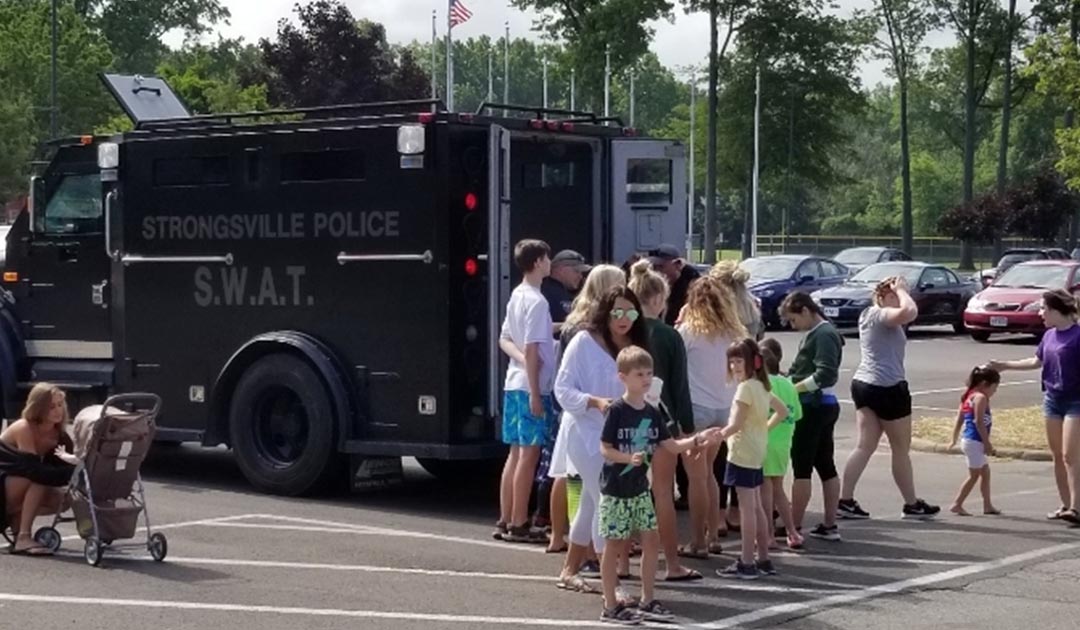 Sergeant David (Dave) Tomcho of the Strongsville Police Department and Southwest Enforcement Bureau (SEB) was among the first operators of a BEAR, a department acquisition in 1999, followed by a multi-jurisdictional purchase of a second BEAR in 2000. SEB is set to receive a BearCat in 2021. Hear firsthand how Lenco products impacted him and members of his department in this Strongsville PD customer testimonial.

The Southwest Enforcement Bureau is an 18 city, multi-jurisdictional SWAT team of which the Strongsville Police Department is a member. Formed in 1972, it was among the first multi-jurisdictional agencies and is comprised of tactical, hostage negotiations, precision marksmen, tactical EMS and a bomb squad.

Prior to acquiring a BEAR, the Ohio communities were forced to improvise, using retrofitted ambulances, old tool trucks or used vans to transport personnel and equipment when the response called for more space than traditional cop cars could provide. Armor protection was nonexistent—and desired—to shield both responding personnel and civilians.

Strongsville Police Chief Charles Goss approached the City Council and received funding approval for the initial BEAR in 1999, recognizing that no other agency in the vicinity had an armored vehicle in their fleet and that one was needed.

“The feeling was that you’re glad to have it but hope to never have to use it.”

After many successful callouts, a second BEAR was purchased in 2000, this time, with funds pooled together by the 18 members of SEB.

Both vehicles have been successfully used and appreciated by the officers using them, and likewise have been lauded by children during displays, school events, parades and more.

“For years, both vehicles were brought to Camp Imagine [a summer camp for children with special needs]. We’d let the kids sit in one of them and look around while we gave campers rides in the other. The kids would start at the vehicle, then have to put on a vest, run out, put on a helmet, and the officers would have to do the same. It was amazing. And you couldn’t tell who had more fun—the kids or us.”

Of course, the BEAR’s primary functions center around rescue, response and dignitary protection. In 2012, the BEARs were deployed during a barricaded hostage stand-off that lasted 30 hours. With one BEAR positioned at the front of the complex and the other on the side, the responding officers were able to move the hostage to the nearest secure location at the conclusion of the successful mission. In addition to this tumultuous incident, both vehicles were frequently used for extended callouts to support emergency response teams.

Notably, both were used during election seasons during Ohio visits by Clinton, Bush, Gore, Biden and Trump.

While there were no major repairs to speak of on either vehicle, the ballistic glass on the first BEAR did have to be replaced due to the delamination that occurs over time. When contacted for consultation, Jim Massery helped to connect SEB with a local, specialized glass repairer who was able to assist with the installation of the new ballistic glass.

“We put the old glass to use at the range during training and it stood up.”

On whether he’d recommend a BearCat to others

“Working with Lenco was always great. They have a grant writing program and know what to do and know how to get funding. For anyone who needs one [an armored vehicle], Lenco should be first on their list.”

“Jim is a fellow Ohio boy and he’s just fabulous.”

Stories like this are gratifying to hear and important to share with others as a testament to the reliability of our vehicles. We hope you found Sgt. Tomcho’s story interesting and informative and we welcome any feedback or questions you may have. Contact us today.