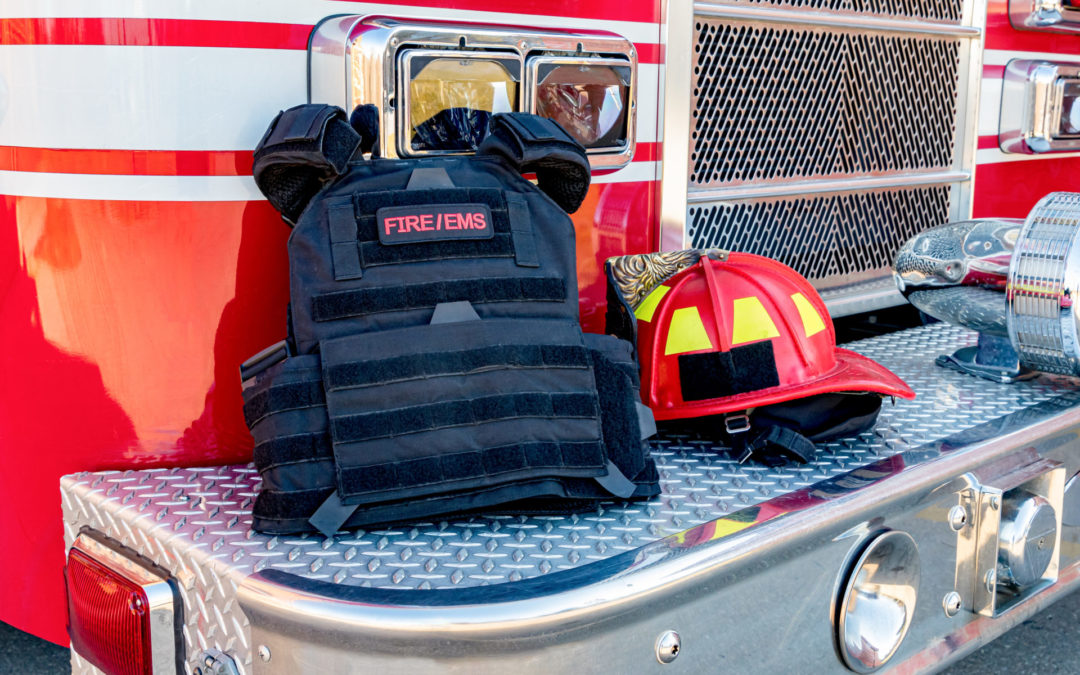 As fire and EMS agencies evolve to face the rise of mass casualty incidents, coordination with police is allowing quicker access to the injured—saving lives that previously would have been lost.

The safety of the Lenco BearCat is bringing a new standard of care to shooting incidents, allowing responders to stage on scene rather than blocks away, and to provide rapid rescue, treatment, and transportation to victims who would otherwise bleed out during the precious time it takes for police to fully secure a scene.

Such an arrangement differs from what has traditionally been considered tactical EMS, in which law enforcement medics focus on aiding other responders. In a joint response, fire/EMS responders do not enter the line of fire. They must be aware of the three zones at an active incident:

In a coordinated response following NFPA 3000 guidance, properly trained and equipped fire/EMS personnel are empowered to enter the Warm or Hot Zones under police guidance in order to provide threat-based care, and extract patients to the Cold Zone for further care and transportation.

A fire/EMS BearCat MedEvac, also known as the MedCat, can be configured specifically for such missions, with features and equipment similar to those on an ambulance, or with trauma-focused gear that can be loaded as needed.

Preparing for a Coordinated Response

A coordinated, multi-agency response utilizing unified command requires not only pre-planning and training, but the right equipment available to incident command. This includes a MedCat for both protection and transportation. While some fire/EMS agencies may hope to borrow a MedCat as need arises, mass casualty incidents can unfold too quickly to arrange a transfer, and police vehicles may be tied up in their response.

With a MedCat of their own, fire/EMS responders gain multiple advantages:

In addition to its tactical advantages, a MedCat also provides responders with peace of mind, knowing they are providing victims the highest standard of care and best chance of survival. It also demonstrates their agency’s commitment to both safety and modernization, potentially raising morale, recruitment, and retention.

The Rise of the Coordinated Response

The combined approach to mass casualty incidents has grown with the rise of mass shootings—particularly the historic 2017 Las Vegas, Nev. shooting that killed 58 and injured hundreds at a music festival, when a gunman opened fire from a Mandalay Bay hotel room. A BearCat was key in that police response, and joint training between agencies, both in Las Vegas and beyond, has since continued to incorporate these vehicles to their fullest potential.

Following the Las Vegas incident, the fire chief of Bossier City, La. proposed the purchase of its own BearCat for potential active shooter situations.

“A lot of victims, when we look at these studies, die from a non-fatal gunshot wound, and we want to be able to get to the victims fast,” Chief Brad Zagone told the Shreveport Times.

The proposal passed and the fire department purchased its BearCat Medevac soon after, so the police and fire departments each now have their own. The city reports that the BearCats have also since been used in situations where people have threatened harm and in flood rescues. 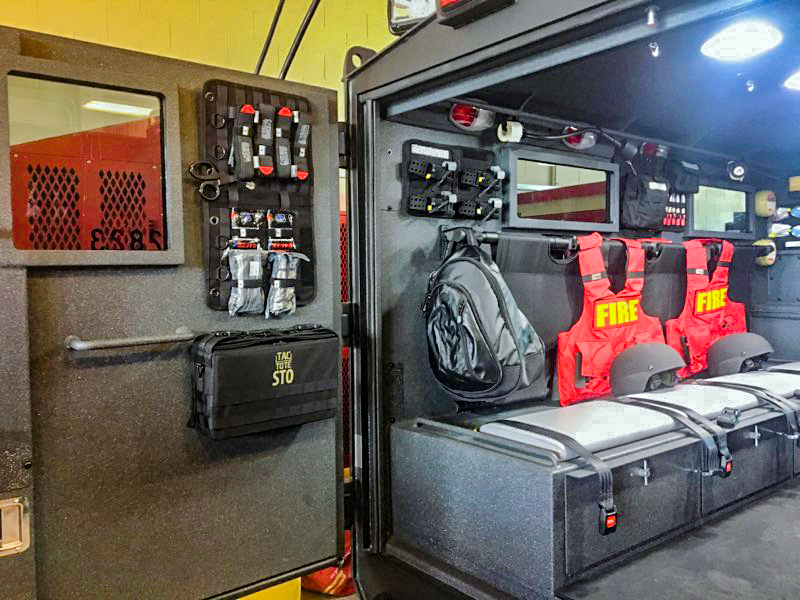 The police and firefighters of Janesville, Wis. were also moved to act by earlier shootings, including the 2012 mass shooting at a Sikh Temple in Oak Creek that killed six. After seeing how Oak Creek police and fire worked together to improve upon their response capabilities following that incident, Janesville responders began their own coordinated response training in 2018.

It wasn’t long before they were challenged with a domestic violence incident involving multiple victims and a gunman that had yet to be located. Thanks to their training and equipment, responders were able to enter the Hot Zone with confidence to treat the first patient.

“Had those relationships and that confidence and trust in one another not been developed, I don’t think it would have gone that way,” police Sgt. Mark Ratzlaff reported.

With such incidents anticipated to continue, coordinated response preparation is here to stay—and grow.

With such incidents anticipated to continue, coordinated response preparation is here to stay—and grow.

As the Las Vegas Metropolitan Police Department concluded in its 2019 after-action review of the music festival shooting:

LVMPD was effective in many areas of the response to that fateful night due to established policies and training. What must be highlighted are the relationships that were established long before this mass shooting. LVMPD is grateful to all its first-responder partners who make it a priority to train together, conduct tabletop exercises, and consistently communicate at all levels of every organization to ensure the safety of our citizens and visitors.

Since its founding in 1981, Lenco Armored Vehicles has been the most trusted manufacturer of tactical armored security vehicles by law enforcement, fire and rescue and government entities worldwide. The privately held, family-owned and -operated company revolutionized tactical response with the advent of the BEAR® and BearCat®, and since, has designed and fabricated more than 6,000 armored vehicles in service by more than 800 state and federal agencies in all 50 states. Lenco prides itself on protecting defenders around the world and serving as the standard in the industry. For more information about Lenco Armored Vehicles, visit https://www.lencoarmor.com/.